Police officers, staff, support professionals and volunteers came together on the 12th March to attend a pioneering conference on neurodiversity in policing. The event, believed to be the first of its kind promoting cognitive diversity within the police service, was jointly organised by the National Police Autism Association and Devon & Cornwall Police, which funded and hosted the event at its HQ in Exeter, Devon.

The event featured guest speakers including naturalist and TV presenter Chris Packham, who spoke movingly about his experiences as an undiagnosed autistic teenager, and Dr Luke Beardon, Senior Lecturer in autism at Sheffield Hallam University. Delegates also took part in workshops on managing and supporting neurodivergent staff in the workplace, and supporting officers and staff with caring responsibilities.

NPAA founder and chair John Nelson, an officer with British Transport Police, opened the conference. Mr Nelson said: “Back in 2015 when the NPAA launched, neurodiversity was still a bleeding-edge concept in the private sector, and had barely been heard of in the police service. I could never have guessed that nearly five years later, this event would have been possible, or that neurodiversity would have made the impact it already has on the way we as a service approach diversity.”

In another ‘first’, it was announced that Alexis Poole, Assistant Chief Officer (People) with Devon & Cornwall Police had been appointed Neurodiversity Lead for the National Police Chiefs’ Council, the professional body for chief officers. Mr Nelson commented: “This is a fantastic step forward in recognising and embracing a new concept of difference within the police service, and I for one am excited about where this journey will take us.”

The conference was attended by over 150 delegates, including senior officers and HR staff from police forces across the UK. The NPAA hopes to plan a follow-up event in 2021.

Click on the link for a selection of tweets from the conference. More information, including slides and video from the day, is available on the NPAA’s Police Neurodiversity Forum – details on how to register can be found on the Membership page. ∎

The University of Nottingham has worked with the police service, support staff and autistic volunteers to create a toolkit to help police custody staff deal with detainees affected by autism, and other conditions that affect sensory processing and communication.

The toolkit was launched on the 10th January at the Broadway Cinema in Nottingham. The event was attended by NPAA representatives, and staff and volunteers involved in the project.

Dr Chloe Holloway, from the University of Nottingham’s School of Law, led the research. She said people with autism can find the custody environment so stressful that they may waive their legal rights to a lawyer or sign an admission of guilt to get out.

Dr Holloway added: “My in-depth interviews with autistic people who had been taken into police custody found they were confused about what was happening to them during their arrest due to difficulties with communication and a lack of accessible information.

“The conditions of the custody suite – bright lights and loud noise – also made them very anxious.

“The materials developed for the toolkit are based on my findings and they have been designed to meet the priorities of both staff and those in detention.”

A new training video for police custody staff, featuring autistic actors, was shown at the launch. The video and toolkit will be made available to police forces across the UK.

As part of the project, cells designed for autistic prisoners will be built at a new £17 million police custody suite in Radford Road, Nottingham – the first of its kind in the country. The new facility is due to open by Christmas 2020.

The NPAA would like to thank Dr Holloway, The University of Nottingham and the Nottingham Autism Police Partnership for including us in this project. ∎

Many people on the autism spectrum find talking on the phone difficult and prefer to communicate via email, text or social media. But what if you needed to call 999 in an emergency? 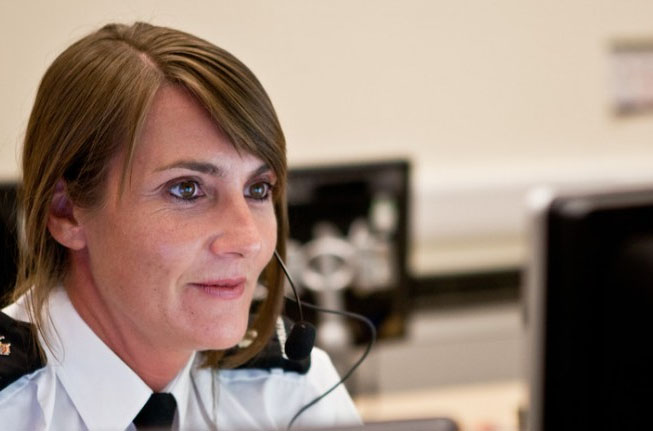 Relay UK is a service provided by BT that allows you to use an app or textphone to make phone calls via a confidential Relay Assistant operator. The service supports calls to the UK 999 emergency services (police, ambulance, fire & rescue and coastguard) and is available for anyone who finds making a voice call difficult, including members of the autistic community. To use the app for the first time, you’ll need to set it up and link your phone number – we recommend you do it now so it’s ready to use when you need it.

For more information on how the service works and to download the app for your device, visit the Relay UK website.

(This article has been updated – it originally linked to emergencySMS, which allows the emergency services to be contacted by text message. Relay UK still provide this facility, but advise that it should be used only if there is no other option, as it takes longer than a standard voice 999 call or the Relay 18000 service.)